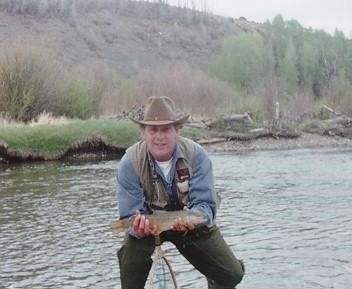 Edward Ziegler and his longtime fishing colleague Chris Duerksen (Clarion Associates, Denver) founded the Rocky Mountain Land Use Institute in 1992 at the University Of Denver Sturm College Of Law. The Institute, which was initially funded entirely through community gifts and conference fees, is now the premier organization in the Rocky Mountain West that focuses on urban land use and sustainable land development. Its annual two-day conference held in March is the largest gathering of interdisciplinary land use professionals and public officials in the Western region. Its conference programs and research projects are dedicated to the shaping and sharing of ideas related to promoting sustainable development in the West. Professor Ziegler also served as President of the Institute from 1992-2012. He is an emeritus member of the Institute’s board. For further information here’s a link to the Institute’s website. https://www.law.du.edu/rmlui/about