Professor of Law
Urban Planning for Crime and Terrorism 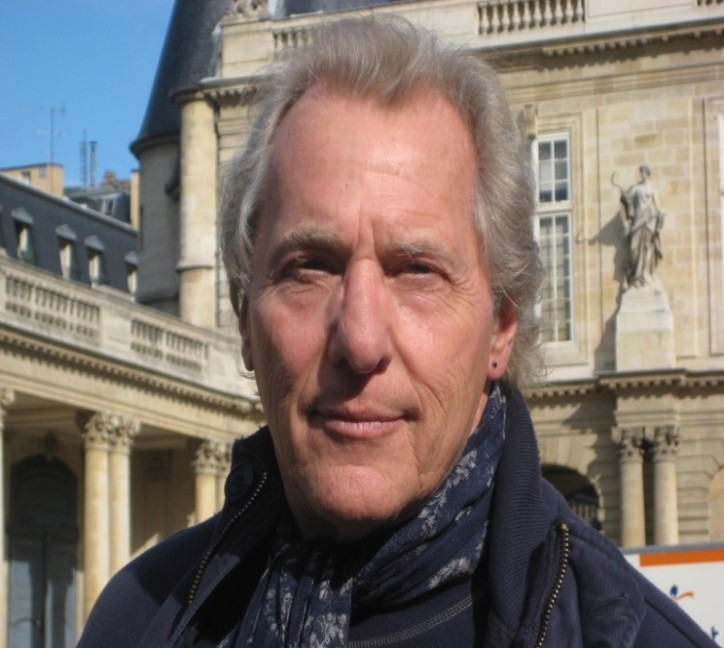 In the aftermath of the attacks on the World Trade Center, Professor Ziegler joined in research projects related to hardening the built environment in America’s cities. The threat of domestic terrorism and increasing concern for community crime prevention resulted in a number of projects and articles related to urban planning issues and techniques for addressing these threats, both in the United States and in other countries. He lectured on these topics in New York City, Paris, Barcelona, San Francisco, New Orleans, and other cities in the following years. Some of Professor Ziegler’s publications in this field are listed below. These articles have been widely republished in many countries throughout the world. 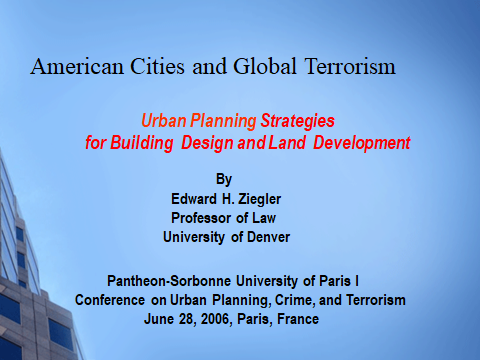 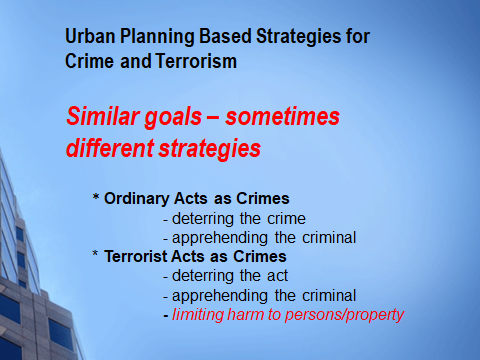 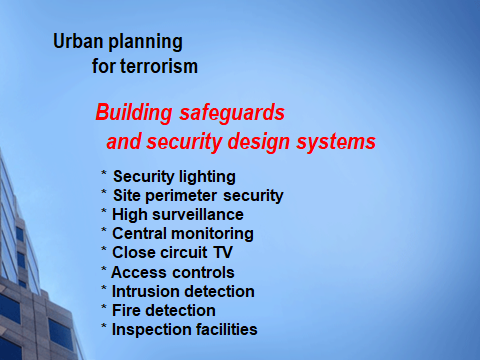 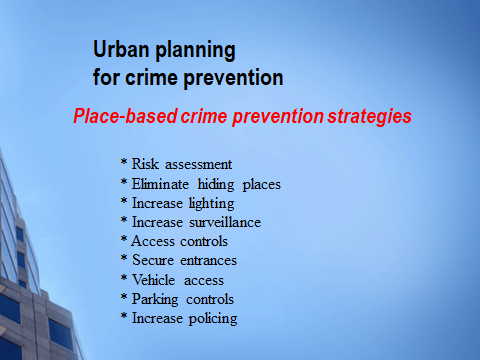 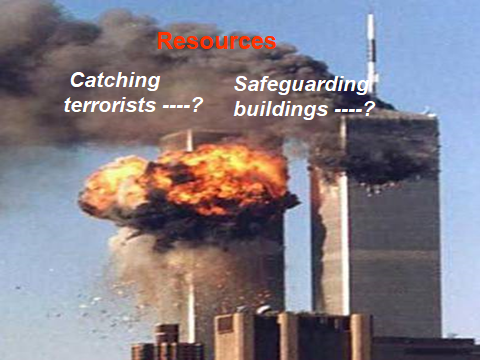 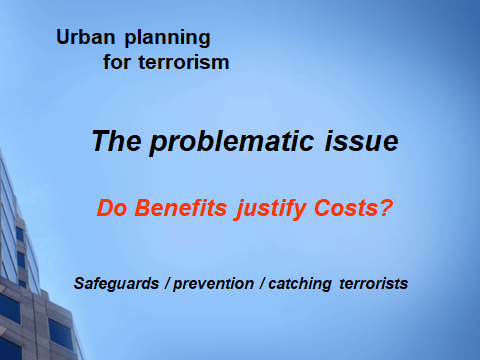