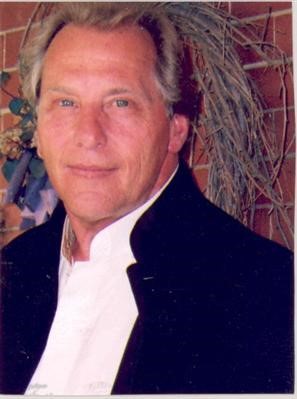 Professor Ziegler has traveled extensively in China studying urban planning and land development in that country. He has published two articles in Chinese in the Chinese government’s Journal of Urban Planning International, the official journal of the People’s Republic of China’s Academy of Urban Planning and Design in Beijing. He has also published widely outside China about sustainable urban development particularly in regard to megapolitan regional growth and the development of satellite cities in China, Europe, and the United States. Professor Ziegler’s publications related to urban development in China and megapolitan growth management and satellite cities are listed below. His writings are considered foundational works in this field. He also has lectured extensively on this topic in the United States and Europe. 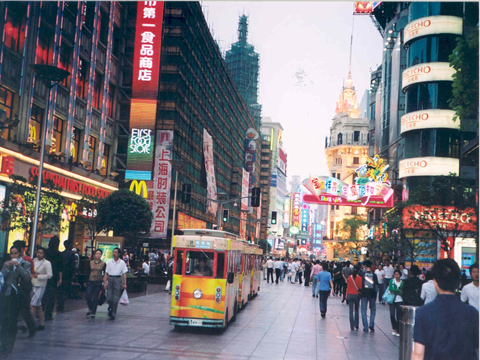 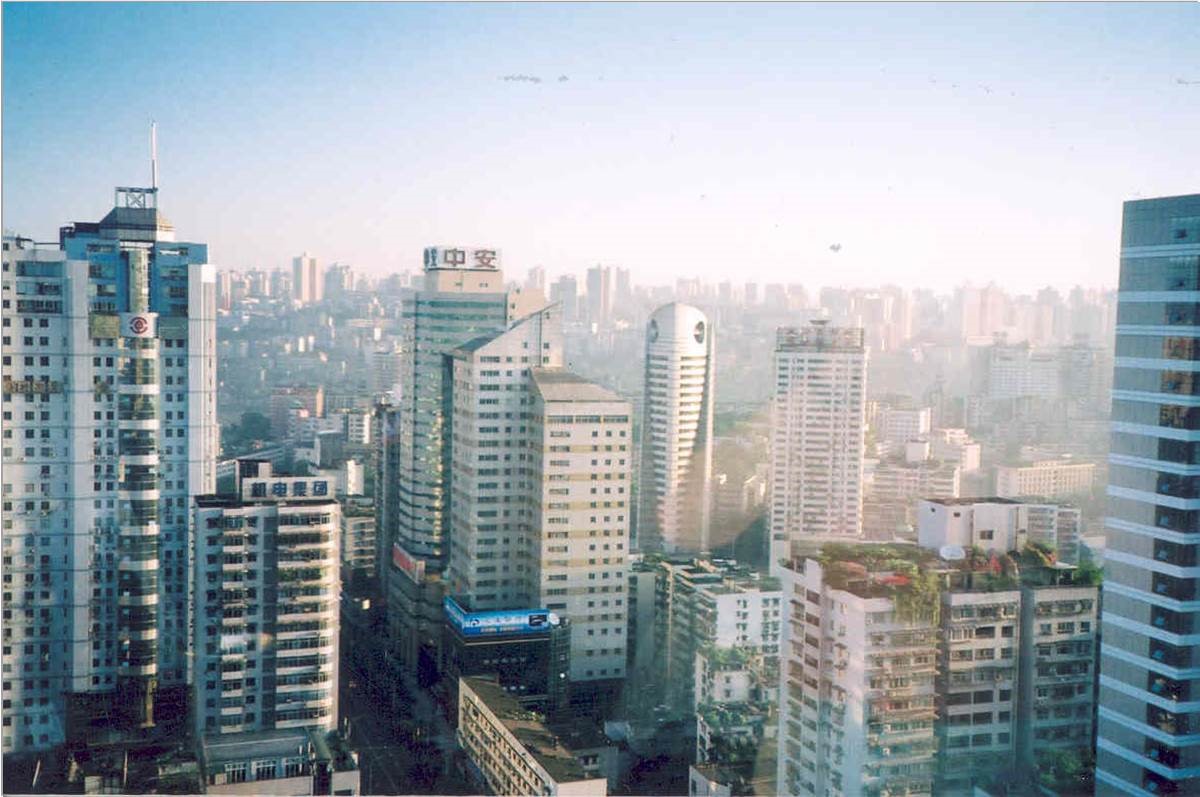 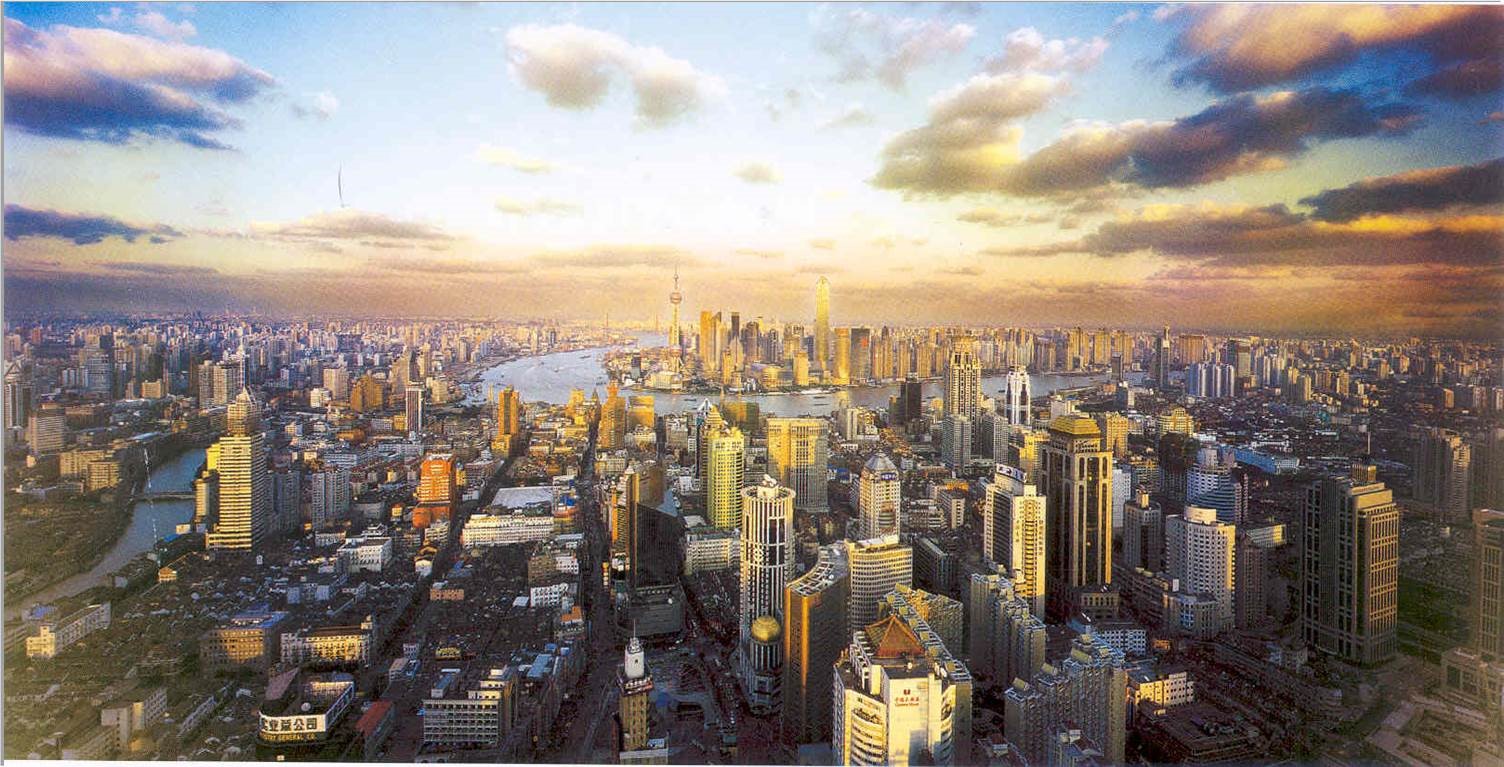 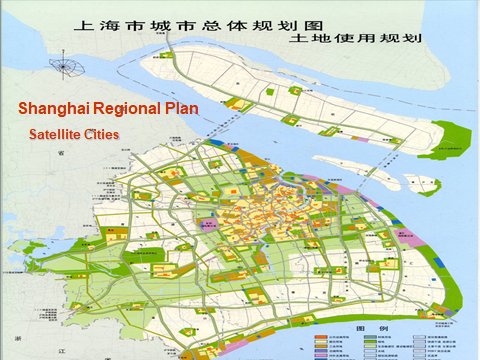 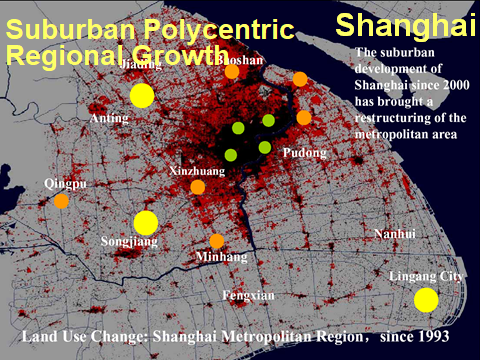 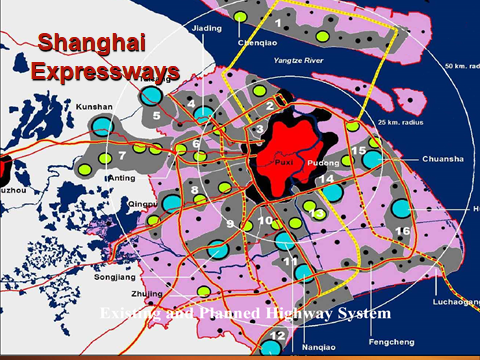 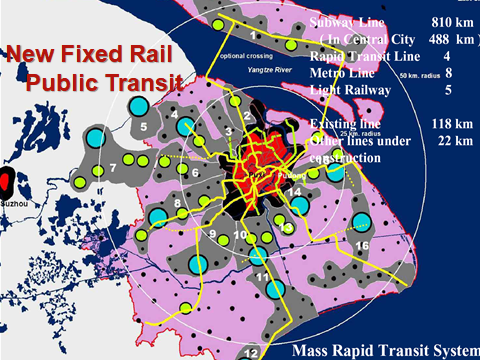 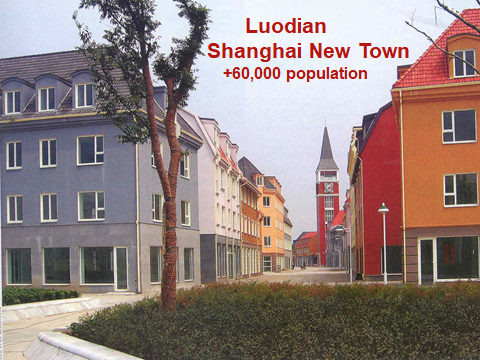 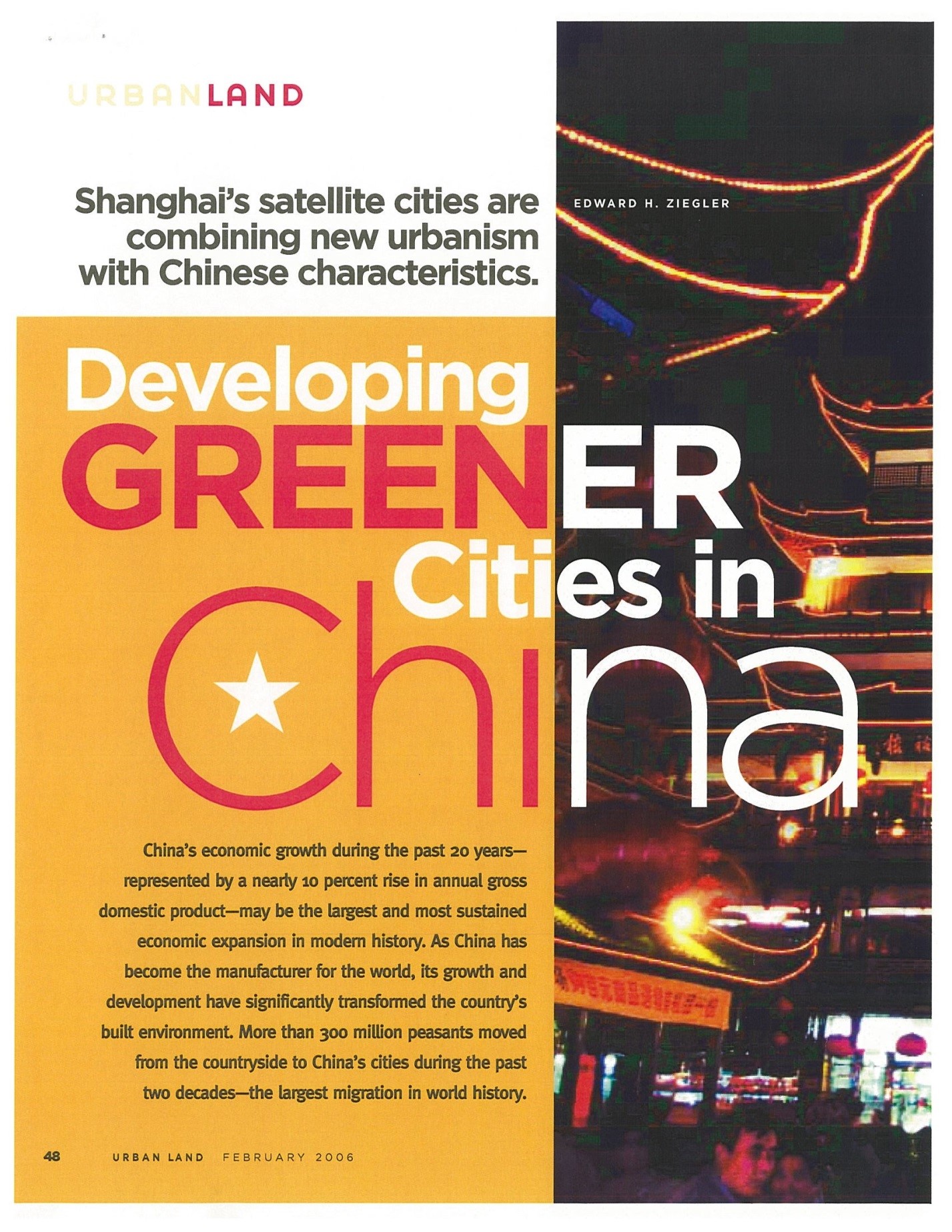 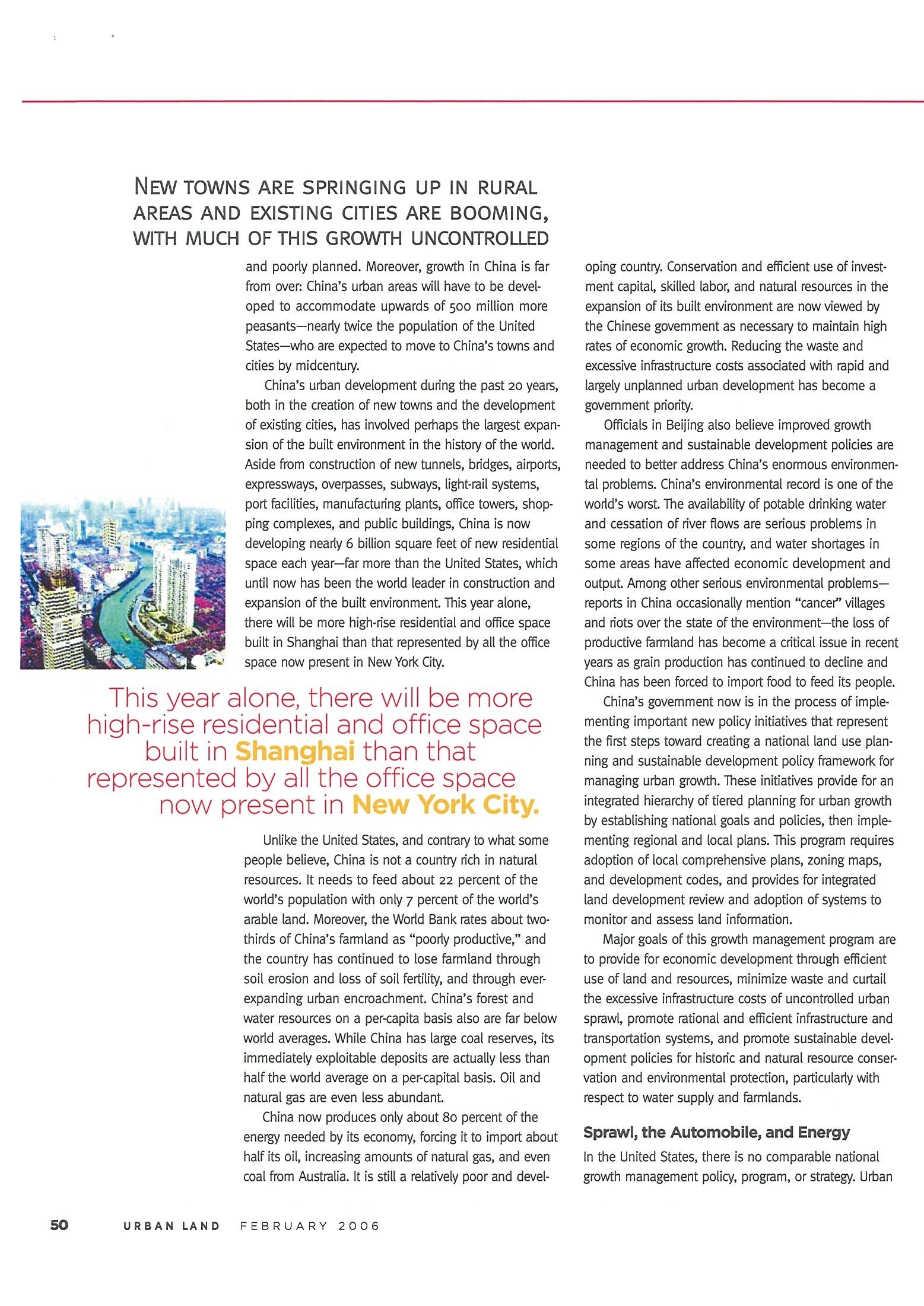 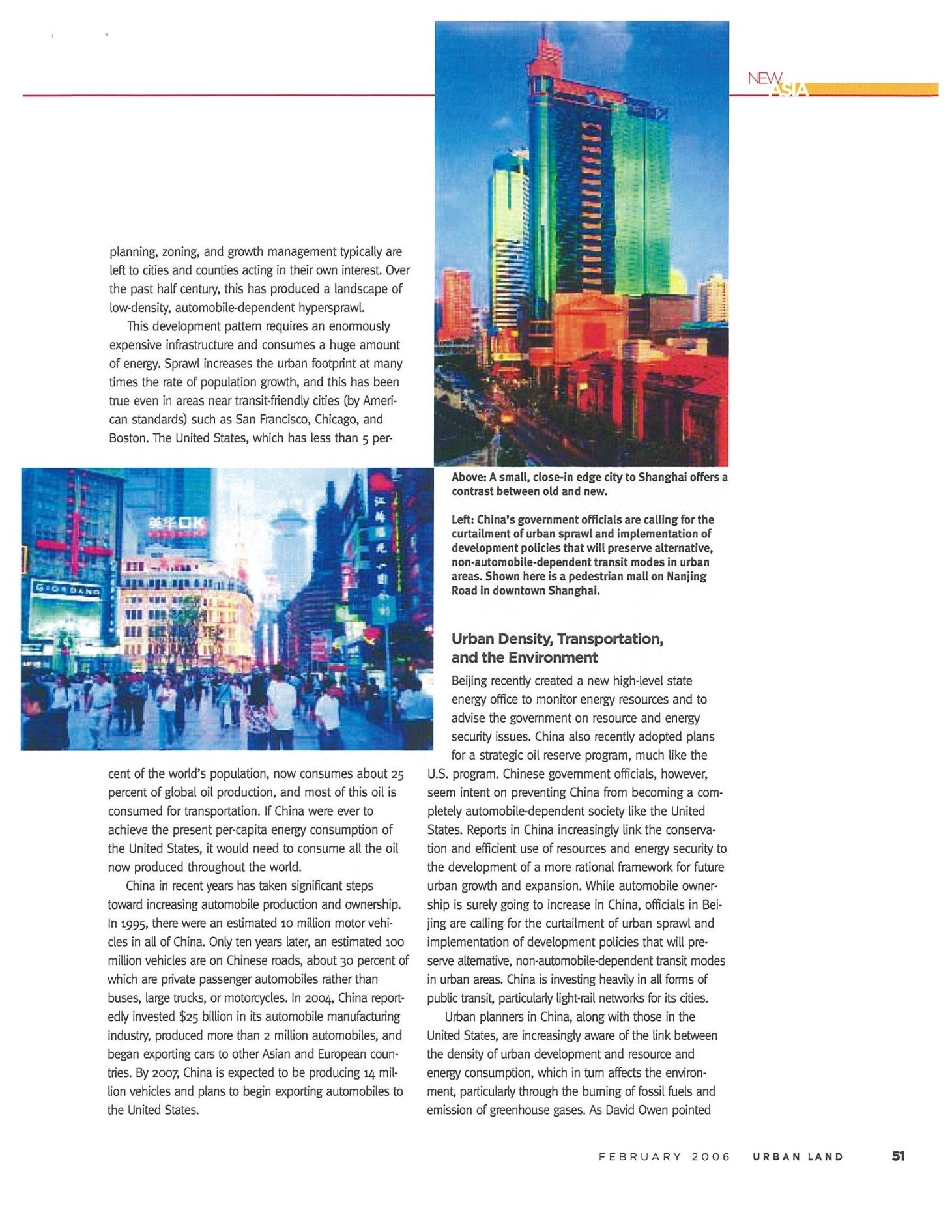 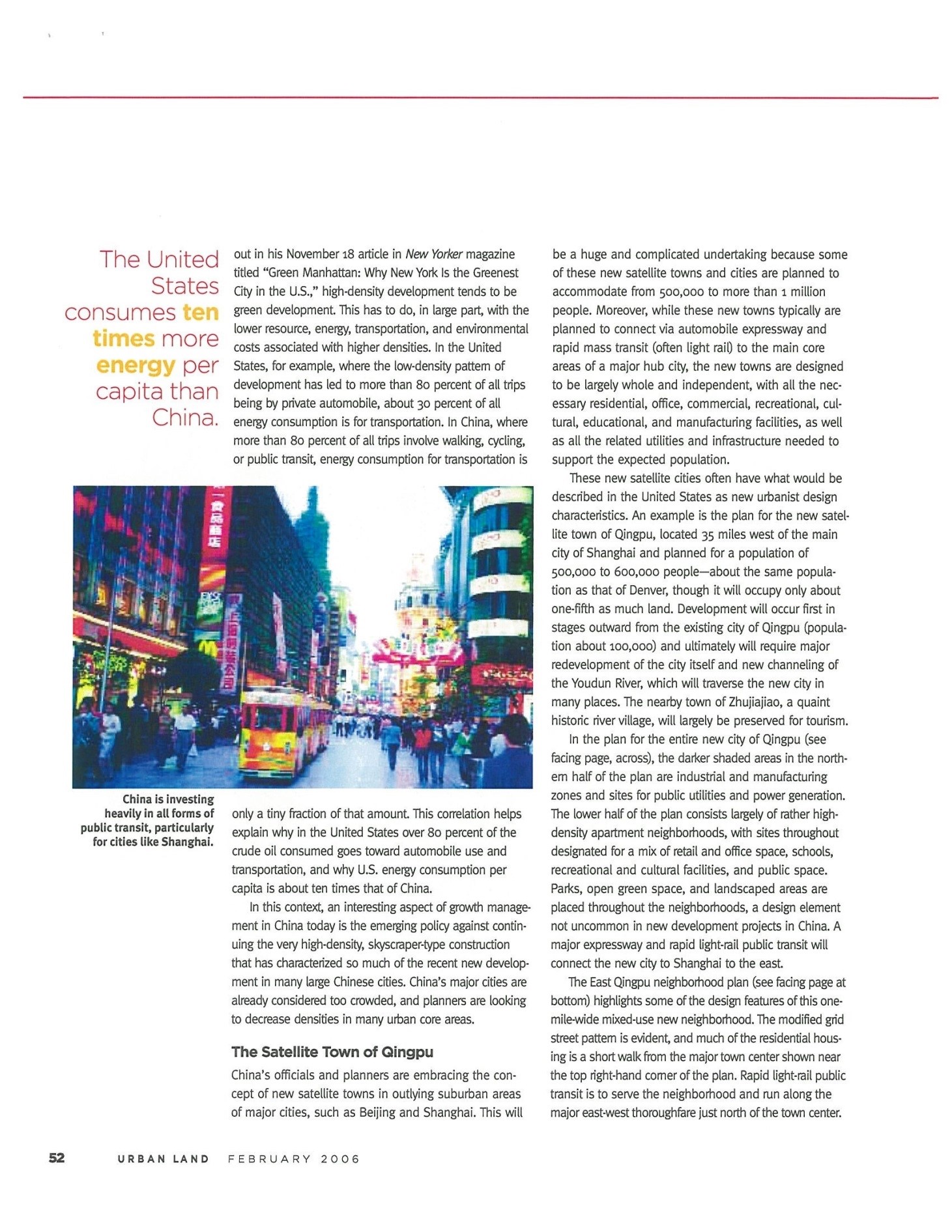 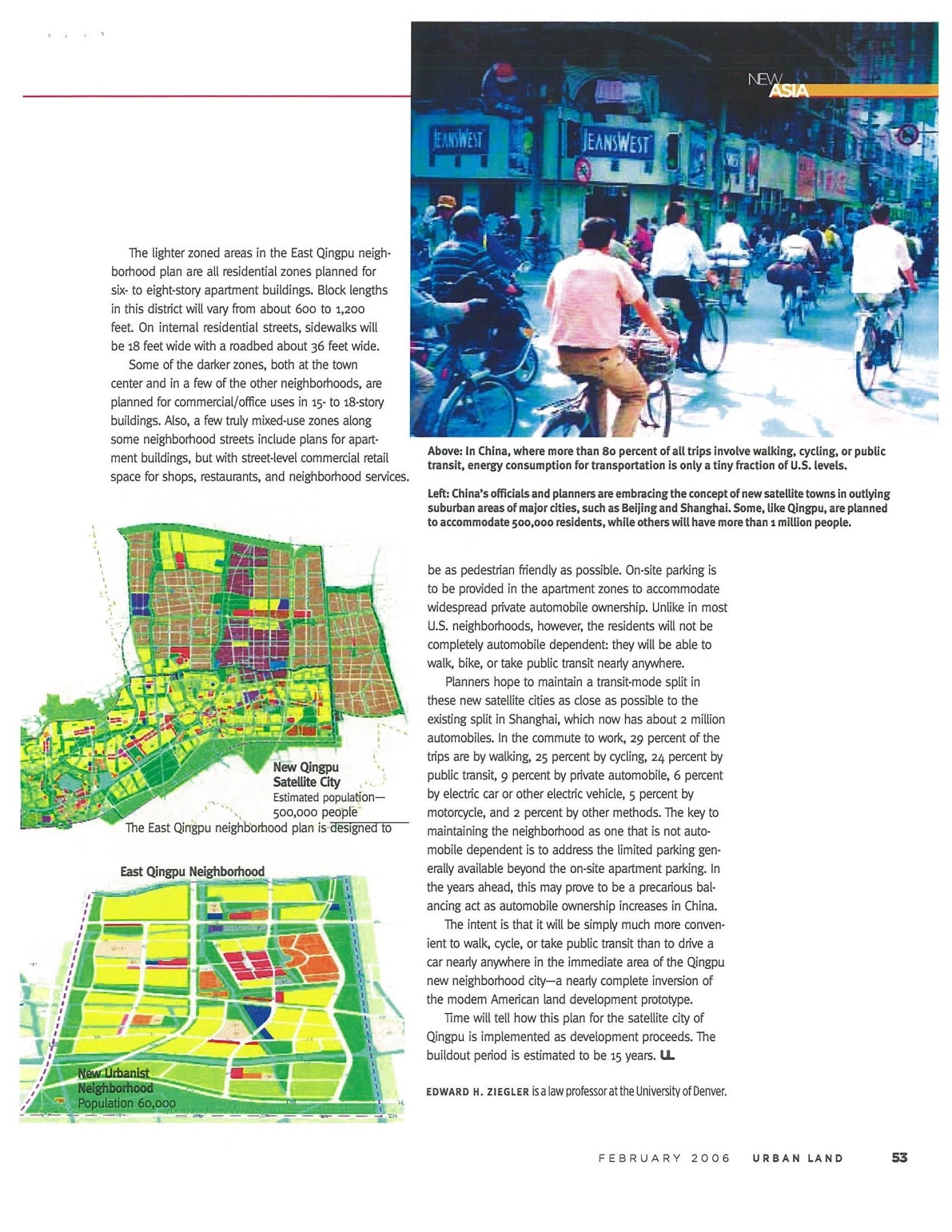